Enter your phone number below, and we’ll text you the link to download the EarlyBird app to start investing in the kids you love.
Thank you! We sent you a link!
!⃝ Please enter a valid phone number.
With Early Access, earn up to $500 by referring families to EarlyBird.

* Referral promotion valid through August 31st, 2020
* All dates are tentative and are subject to change

You’ve worked hard to get where you are in life. There’s nothing wrong with wanting to share your hard-earned gains with the people you love.

But as the old saying goes, “no good deed goes unpunished.”

When you start gifting money to friends and relatives, there are potential tax consequences that you should be aware of. If you gift over a certain limit, you could be on the hook to pay extra taxes.

Thankfully, there are set exclusion amounts that you can stay within without being taxed.

This article will teach you what the annual and lifetime gift tax exclusion amounts are.

You’ll learn which types of gifts are exempt, plus, you’ll pick up a few completely legal tax strategies that can either increase your annual gift tax exclusion limit or help you to avoid it altogether.

What Is the Annual Gift Tax Exclusion?

The annual gift tax exclusion is the amount of money or assets that one person can transfer to another as a gift without incurring a gift tax.

A gift could be cash, but it could also be any other type of asset, such as stock or a car. You need to account for any high-value items that you gift to someone.

Anything that you give to the recipient without them paying the item’s full value is considered a gift.

For example, if you sell a home to a family member, it could be classified as a gift if they pay you less than the asset’s fair market value (the amount you could reasonably expect to get if you sold it to a stranger).

The gift tax rules apply to all people, even if you’re gifting something to a minor.

A separate annual gift tax exclusion applies to each gift recipient that you give gifts to.

You can gift up to the annual exclusion limit for each separate recipient, and there’s no restriction on the number of recipients you can gift to each year.

What is considered a gift?

According to the IRS (Internal Revenue Service), for income tax purposes, a gift is defined as:

“Any transfer to an individual, either directly or indirectly, where full consideration (measured in money or money's worth) is not received in return.”

In this case, full consideration means that the item’s value must be calculated at fair market value.

“The price at which the property would change hands between a willing buyer and a willing seller, neither being under any compulsion to buy or to sell and both having reasonable knowledge of relevant facts.”

In layman’s terms, a gift is anything that you give to someone for free or at a price lower than what you’d reasonably expect to sell it to a stranger for.

A taxable gift can include most items if they meet the above criteria, including:

Things that aren't gifts and therefore exempt from the gift tax include:

Who pays the gift tax?

If gift tax needs to be paid, it’s almost always the responsibility of the donor (the person giving the gift).

There are special agreements that can be made where the donee (gift recipient) can elect to pay the tax instead, but this is rare.

If you’re considering this type of arrangement, it’s best to consult a tax professional for assistance and guidance.

How Much Is the Annual Gift Tax Exclusion?

As we mentioned above, the limit of $15,000 applies on a per-recipient basis. You can gift to as many people as you want.

If you’ve got four nieces or nephews that you want to give $15,000 each to this year for a total of $60,000, then you can do so without facing any penalties.

Since each donor can give up to $15,000 per year, a married couple can gift $30,000 to a single child per year by combining their exclusion amounts.

Also, keep in mind that the exclusion amount is applied annually. So if you want to gift a large amount, consider spreading it over multiple years.

For example, a single $30,000 gift from one person to another would exceed the annual exclusion gift limit. But if you gift them $15,000 on Christmas and then wait until after New Year’s to gift the remaining $15,000, you’d stay within the limit for each tax year.

Starting in 2022, currently proposed legislation would reduce the annual gift tax exclusion to $10,000 per year per donee (recipient). It'll also limit the donor to $20,000 annual exclusion gifts in total.

So if you’re looking to give some large gifts, it’s likely a good idea to do so before new limits go into effect.

What happens if I gift more than the annual gift tax exclusion?

If you gift more than the exclusion limit to a recipient, you’ll need to file tax forms to disclose those gifts to the IRS. This is done using Form 709 - United States Gift (and Generation-Skipping Transfer) Tax Return.

If you happen to be over your lifetime exemption, you may also have to pay taxes on your gifts. The tax rates can range between 18% and 40% depending on your situation.

However, it’s worth noting that as of 2021, the lifetime gifts amount is $11.7 million. So it’s unlikely that the average person will ever hit that in their lifetime.

If Congress decides not to extend the current lifetime gift tax exemption, it'll revert to $5 million as of January 1, 2026.

What if I later sell an asset that was gifted to me?

The general rule is that your cost basis on the asset is the same as the donor’s when the gift was given.

Note that in this example, we are talking specifically about gifts from a living person. The rules are different for property acquired from an estate. Consult an estate tax professional regarding the specifics of federal estate tax and estate planning.

If you’re gifting a large asset like real estate that may be sold in the future, it’s best to disclose your cost basis to the recipient, as they’ll need this information later on.

What about superfunding for college?

One exception to the $15,000 annual gift tax exclusion limit is the ability to superfund college accounts. This rule allows donors to combine five years’ worth of annual $15,000 gifts, as long as the money is put into a 529 education savings plan.

That means you can gift up to $75,000 to a child in a single year. However, you won’t be able to gift that individual again for the next four years.

While no tax is due, the IRS states that you should still file a gift tax return to report this transaction each year of the five-year period.

Is There a Lifetime Limit on Annual Gift Tax Exclusion?

Yes, there’s a lifetime gift tax exemption to be aware of, but it’s in addition to the annual one.

Any gifts that you make to a single person beyond $15,000 per year will count toward your lifetime gift tax exemption. It'll also impact the amount you’re allowed to leave in your estate tax-free as well.

Like we mentioned above, as of 2021, you can give away up to $11.7 million as gifts throughout your lifetime. If you have a spouse, you can give a combined total of $23.4 million in gifts together.

These amounts were increased from prior limits by the TJCA (Tax Cuts and Jobs Act), which will expire at the end of 2025. So be aware that these numbers may change in the future.

If Congress doesn’t extend the TJCA, the lifetime limit will drop to less than half of what it is now — down to $5 million per donor.

Are All Gifts Taxable?

Generally speaking, any gift is taxable, but there are a few exceptions that allow you to avoid paying taxes on gifts.

Obviously, any gifts that are less than the year’s annual gift tax exclusion amount are non-taxable.

A gift to cover a child’s college or private school tuition is also non-taxable, but only if paid directly to the educational institution. (Also, it only applies to tuition — room and board, supplies, and books are still taxable.)

Medical expenses as gifts are non-taxable, as long as the money is paid directly to the medical facility.

As long as your spouse is a U.S. citizen, there's no limit on the tax-free gifts that you can give them.

Do States Have Gift Taxes?

Residents of all states need to abide by federal gift tax laws.

Most states don’t have their own separate gift taxes. Currently, only one state has a gift tax, although other states have previously passed and then repealed them.

Connecticut is the only state that has a gift tax as of 2021. Any gifts of $10,000 or more to one recipient must have a tax return filed for them. The lifetime exemption in the state is the same as the federal exemption level, which is currently $11.7 million.

Minnesota had passed a gift tax in 2013 but then decided to repeal it less than a year later.

Tennessee previously had its own state gift tax but repealed it in 2012.

A UGMA (Uniform Gifts to Minors Act) account, like those offered by EarlyBird, is still subject to the $15,000 per year limit on gifts — there's no special exemption when gifting to a minor.

A custodial account like a UGMA allows a parent, guardian, or other family members and friends to open an investing account for a minor. The adult who creates the account can manage the investments until the minor reaches the age of majority. Then full custody of the money is transferred to the child.

Tax implications for account owners: Since the child owns money placed in a UGMA account, earnings are generally taxed at the child’s tax rate rather than the parent’s, up to a certain amount. For some families, this savings can be significant.

Tax implications for those giving: Contributions to UGMA accounts are made with after-tax dollars. The donor doesn't receive an income tax deduction for making them. However, up to $15,000 per individual ($30,000 for a married couple) annually can be contributed free of gift tax.

Give a Gift to the Child in Your Life Today

A gift is any item that's transferred from one individual to another for free or for a price less than the fair market value.

Gifts can be subject to taxes. Fortunately, there's a fairly generous annual gift tax exclusion that currently allows you to gift up to $15,000 per recipient each year, tax-free.

EarlyBird is the easiest way to gift toward the financial future of the children in your life.
You can launch an investment account for a child that you love in just a few minutes and start regularly building wealth for them. Download the EarlyBird app and try it for yourself. 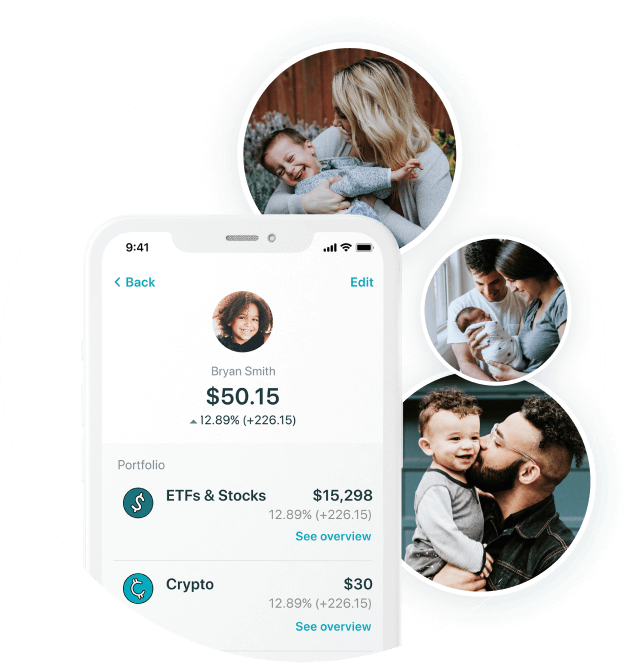 When investing for kids, time is on your side.

Download EarlyBird today, and start investing in your child's tomorrow.

Get started
Get $10 Invested 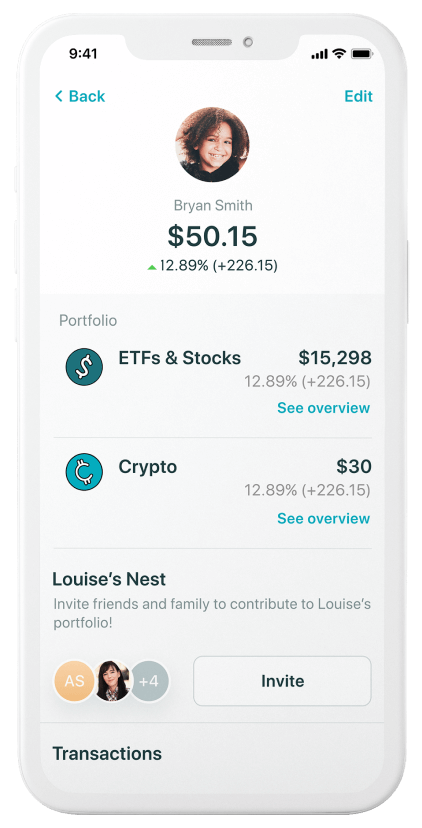 Invest in the  kids you love.

Download EarlyBird today, and start investing in your child's tomorrow. Use this link, and get your first $10 to invest on us.

Invite family and friends to invest in your child's future. Use this link, and get your first $10 to invest on us.

A gift that grows up with them.

Send a meaningful gift in minutes, complete with a special photo or video they'll cherish forever. 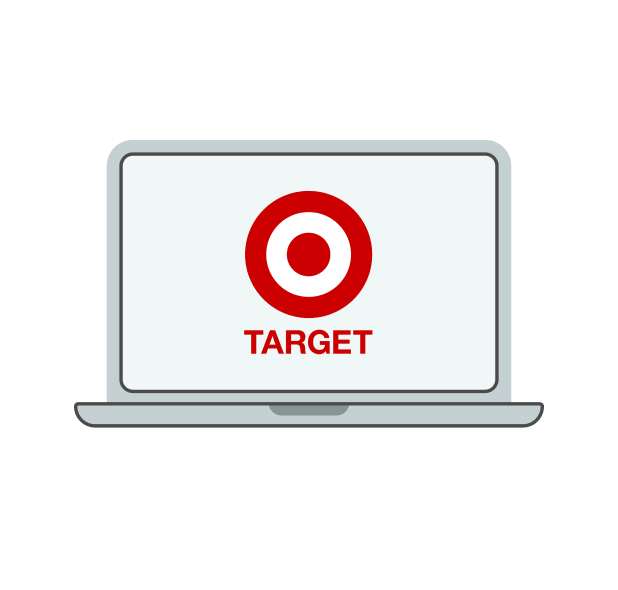 TEST - How to add to Registry - Target 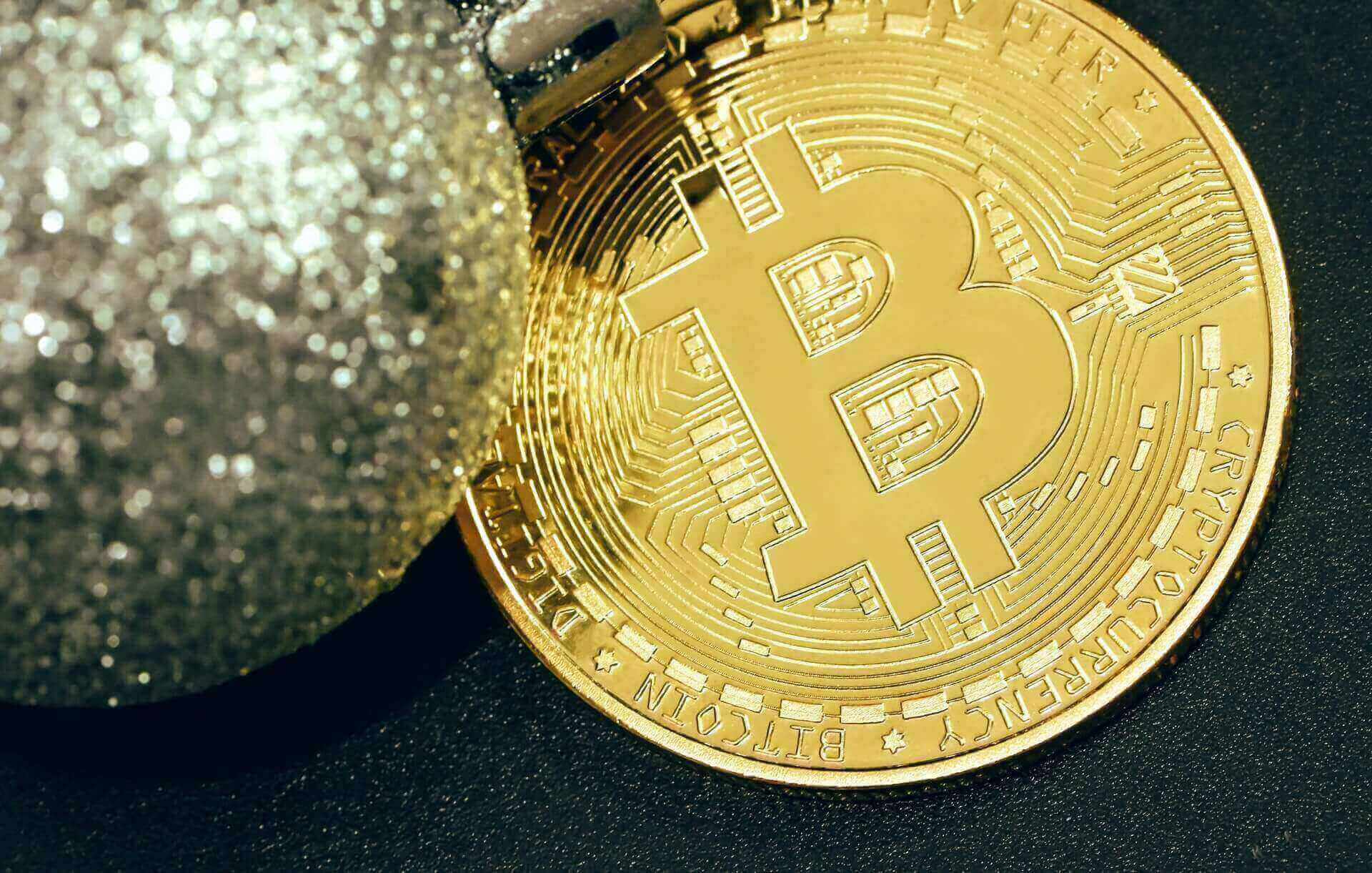 How to Gift Bitcoin: Everything You Need to Know

Want to gift Bitcoin to a loved one? This EarlyBird guide explains how you can do it. 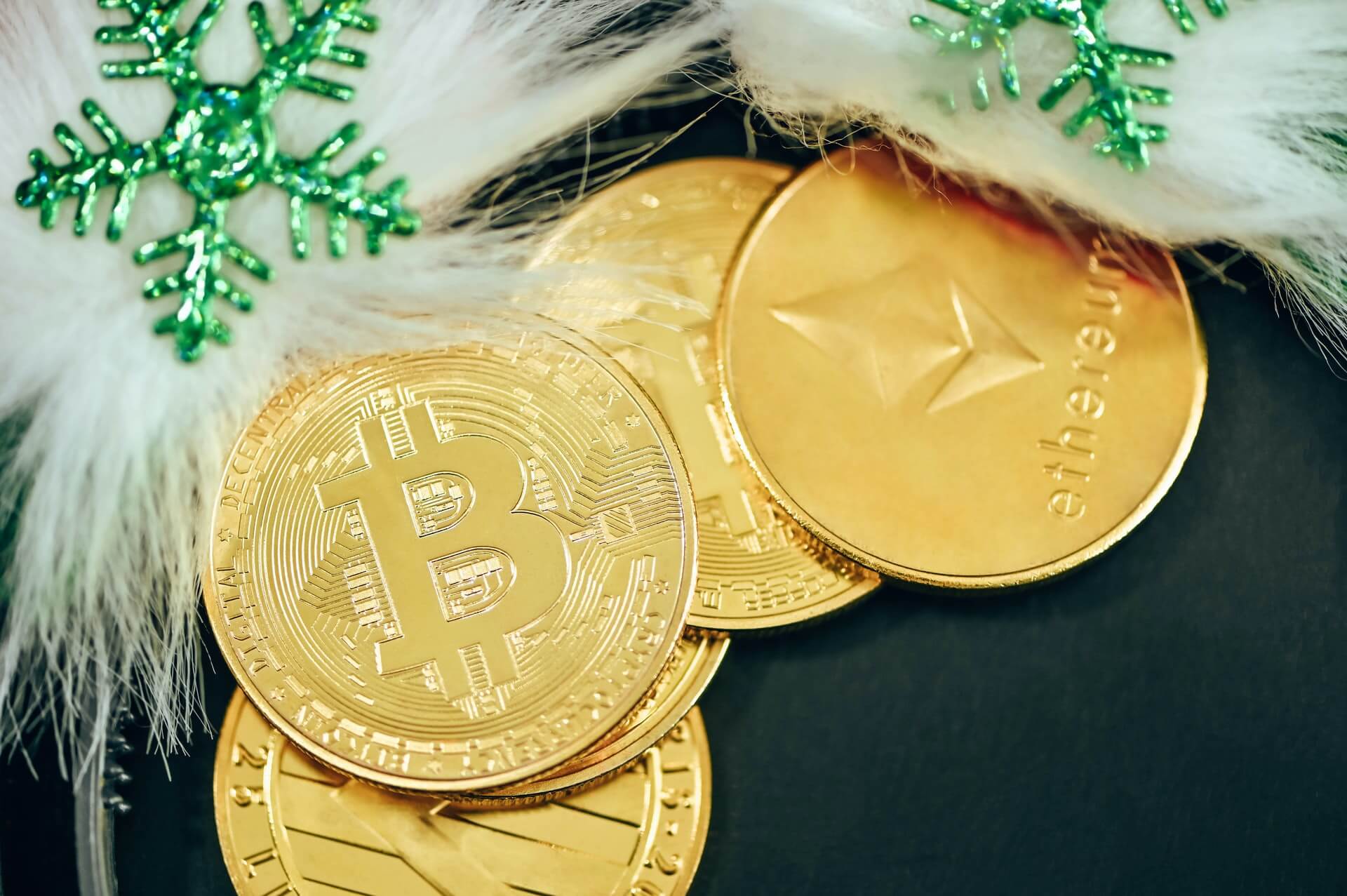 How to Gift Ethereum

Want to gift Ethereum (ETH) to a loved one? Check out this guide from EarlyBird to find out how